I watched the Grammy’s last night.  I didn’t plan on it, but I did it anyway.  I actually enjoyed the show – mainly because it was kind of a mess.  I haven’t read a lot of reviews on the show, but I’ll give you my quick hits:

– The Aretha Tribute was awful.  I didn’t know 2 of the girls up their singing and Christina Aguilera needs to take some time off.  No, she didn’t redeem herself from last week.  Grunting is not singing – it doesn’t matter if you’re in tune or not.  That stuff was cool in the 90’s but who cares any more.

– Mumford & Sons are talented.  I love that dude’s voice.  I used to dig the Avett Bros, but they lost their penises.  They sound like a chorus of little women.  Dylan needs to stop singing or as my friend ERK said, “eat a ludens.”

– The Rihanna and Drake duet (above) pretty much solidified Rihanna as a total fox.  I will scream her name when ever she wants.

– The Seth Rogen joke about Miley Cyrus and pot was off book and as good as it gets.  I haven’t seen The Green Hornet and don’t plan on it.  With that said, Rogen gained back my confidence.

– Justin Bieber is not cool and will never be.  I downloaded “Baby” (not embarrassed) because it’s catchy, but the song he performed last night sounded like the theme song to one of the Karate Kid movies from the 80’s.

– I don’t have an opinion on Lady Antebellum.  I’m glad to see Nashville getting some love, but whatevs.

– Can’t say enough about Arcade Fire.  Well deserved.  Great performance(s).  Their show at the Ryman last year was the best show I saw in 2010.

– The head of the Recording Academy is still a douche.  This is proven year after year.  Not sure what they were trying to do last night.  He looked and sounded ridiculous.  I did not pay attention.

– Ke$ha and the Black Eyed Peas did not perform.  That was probably my favorite part of the night.

– Lady Gaga is talented, but I’d love for her to turn her attention back to the music.  The costumes are getting old.

– I also loved Cee-Lo Green’s performance.  “F**k You” has gotten a bit old, but it’s a great song – dressing like one of the muppets only made it better.  I thought Gwyneth looked good too (I didn’t say sounded good – I said looked good).

– Has anyone figured out who Esperanza is?  When you do, keep it to yourself.  I’m still not worried about it.

– Eminem is still angry.  Not sure why.  He could probably buy a smile at this point in his career.  I ove the new Dr. Dre tune featuring Em and the chick whose face is apparently not worth the light at the Grammys.

I don’t mean to be such a hater, but mainstream music is there to hate.  The Grammys have no choice but to celebrate mediocrity.  It isn’t their fault so much, but no one would tune in if it was a bunch of Arcade Fires.  Middle America had new clue who the hell they were by the way.  The twitter outcry was hilarious.  Will I tune in next year?  Yeah, I think so.

OLD WOMAN GETS DOWN AT WALMART

This video once again proves that old people can do whatever the f**k they want.

Does life get any better?

I’m not sure I could love Andy Rooney any more and for all the wrong reasons.  Enjoy.

Not that this is any surprise, but good Lord this looks ridiculous.

I don’t think this is considered “fashion” or “art” (not that I’m qualified to remark on either topic), but c’mon Gaga.  She’s a talented songwriter / performer, but I wouldn’t trust her to dress my dog. 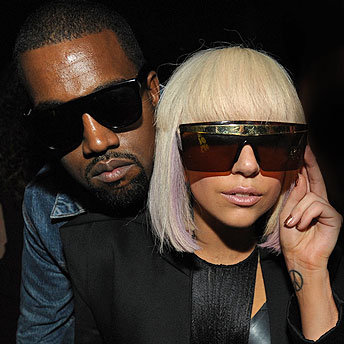 Here was the promo video for it: